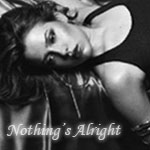 ABOUT THE SERIES
Maria, Alex and Kyle have been different for as long as they can remember. With a connection they can’t fully understand and powers that sometimes scare them, they have banded together. They took an oath to each other that their secrete will never be told to anyone, not friends, loved ones, or family. Now three others like them may force them to reveal their true nature. Will they gain three friends … or three foes?

EPISODE SUMMERY
It starts off like any other day for Maria. She works with her best friend Liz. Liz seems to have a crush on a guy named Max even though she is dating Kyle. Maria laughs and tells her not to give in to temptation … to think about Kyle. As she walks away a fight breaks out between two guys, one of whom has a gun. They struggle and the gun goes off. Maria freezes up and Max goes past her to Liz. He tells her to call 911, which she does. Liz stands up dazed but okay. Maria goes to her but Liz ignores her. The police come and Maria gives her statement all the while trying to find a way to just go home. When the sheriff walks in Maria panics and leaves, simply saying that her mom would be worried. The police are confused but let her go. Maria, feeling guilty about not trying to help Liz and still confused about what happened, simple goes to sleep. The next day Alex asks her about the shooting and Maria tells him everything, including that she thinks that Max may be like them. Alex tells her that they should tell Kyle but she says that she wants to be sure. They each plan to talk to Liz. Maria goes first cornering Liz in the girls bathroom with the bloody order pad. Liz tells Maria that she isn’t hiding anything and walks away. Liz goes to the music room where Alex finds her and trys to get her to tell him what’s going on. She tells him to trust her and leaves. That night Maria decides to tell Liz that if she didn’t tell her what’s going on that she can consider their friendship over. Liz tells Maria everything and begs her to help them. Maria is scared about how Kyle and Alex will react so she agrees, hoping to get a full view of the situation and go from there. Maria and Liz go to meet Max, Isabel and Michael. Michael is hostel towards Maria but Liz stands up for her and assures them that she can be trusted. They tell Maria her part in the plan but nothing else. They go to the crash party and Isabel takes Maria with her to her position. On the way they pass Alex who is confused as to why Maria is suddenly ignoring him. Maria lays down and gets ready for the plan to start. She pretends to get hit by a car and Michael, dressed as an alien places the fake handprint on her chest and runs away. When the sheriff sees it he runs in the direction that Michael just left. Finding a guy in the alien outfit. When he pulls down the mask however, it turns out to be Kyle. Maria avoids Alex and Kyle and returns home. Kyle, confused about what’s going on goes to see Alex. Alex tells him everything he knows and Kyle is hurt that she didn't trust him enough to tell him.

DISCLAIMER
I own nothing. I'm just a girl with photoshop, windows movie maker and too much time on my hands.

NOTE
I know it probably sucks but I loved Roswell but wished things went differently and since I'm not a great writer this was all I could do. Please don't be too harsh.
Top
Post Reply
1 post • Page 1 of 1