Have a challenge you'd like to see written? Have an idea that just won't get out of your head? Want to talk anything and everything fanfic or writer related? This is the place.

I'm desperately trying to get back into my writing for Roswell. I'm looking for a dreamer beta. I need help with grammar. I need help with making the story following, and making sure I stay to the outline. My new years resolution was to finish writing all my stories and complete my challenges I have taken. I would like to start with my story Hot Lessons In Real Love and then do The Law Of Love. The Law Of Love really needs work done to it. I was thinking of taking one of my challenges I posted. I would really need help with that story. I want try on my story Revenge which would have both Dreamer and Dreamer Awaken paring in too. I want to try and start posting chapters weekly for my stories. I'm stuck with Hot Lesson In Real Love. I want to try and and work on making the chapters very long. Please Pm me anyone interested

Hello. I just decide to write a story but i need a beta because my grammars not so good nor his my talent quite for making a story flow and staying on track. If anybody could help i'd be honored!

I hurt myself today/To see if I still feel- (Hurt, Johnny Cash)

Hi! Just finished part one of a new story I am writing called sixteen and pregnant. I need a beta for it! I just need someone to help me with basic errors in grammar, spelling and stuff like that. And also for ideas on how to make the story better or to flow better and sound better. so if your interested PM me please!

DestinyDreamer wrote:Hi! Just finished part one of a new story I am writing called sixteen and pregnant. I need a beta for it! I just need someone to help me with basic errors in grammar, spelling and stuff like that. And also for ideas on how to make the story better or to flow better and sound better. so if your interested PM me please!

I sent you a PM about this, Heather 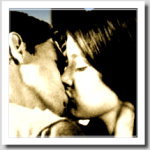 I would love to be your beta. I am not the best with grammar or spelling. But I can do what I can with those things. I have taken a lot of writing courses in university. In those courses we had to do a lot of writing workshops so I do have a lot of experience with helping many different writers make their particular skills even better. I can look at a story you might have at any stage. I can help to bounce ideas with you. If you want to give me your whole story or just give me a particular part of your story, I can read it and let you know what isn't gelling and what is. I can help you with character development and overall flow.

I will Beta CC/Canon, AU With Aliens, AU Without Aliens, Slash, UC, etc.

I can do some XO with shows that I do watch and that I can give you best help with. You just have to let me know.

I am searching for a beta reader for a Roswell fanfiction Cannon M/L. It's a "do over" of "Departure".

I took on the challenge of writing in English rather than Portuguese, because I just couldn't hear those characters speaking in my native tongue. I'm looking for a native speaker proofreader, someone with a very good grasp of the English grammar, because that's my biggest handicap.

This challenge was accepted by fmecs.
∞ Max & Liz – The most sublime Love story ever told! ∞

looking for a beta. are there any active betas around?
Top

Christmasnazi wrote:looking for a beta. are there any active betas around?

What do you need done?

I'm looking for...not so much a beta for grammer/spelling/etc., but someone who can help me a) keep with canon as much as possible, b) Let me bounce some ideas off of them/input on storyboard/outline, and c) someone who is willing to yell at me when I'm slacking

I am writing a dreamer fic that is a do-over of EOTW and takes our beloved characters in a wildly different direction. It is an idea that has been knocking around in my head for years and I have started and stopped this fic so many times I can't keep track. But for the last few months, I haven't been able to get it out of my head. I have about 50 pages already written, a good bit of it in fragments, but it is far, far from finished. If anyone wants to lend a hand, I'd be forever grateful! I'd also be happy to beta in return

This is probably the last thing I should be doing, but I've decided to post another story, and I'm in need of beta-ing assistance.

I'm trying out a new story format, a series of connected one shots that can stand by themselves and tells a story of where the humans and the podsquad ended up in a universe where the aliens did leave during Departure (so covering 2001 - present day).

I have the first 20 or so one shots plotted out, and they focus mostly on what the humans have been up to, with mentions of the pod squad. Basically, since the one shots jump back and forth in time a lot, I would like help in organizing my time line, someone to talk character development with, bounce ideas off of, and someone to help me iron out potential plot holes and details (its my first foray into Sci-fi/powers).

I've written the first 7 one shots already, so there's a bit to look at already. So please if you're interested, PM me, I'd love to hear from you!