All finished stories from the Unconventional Couples board, the Crossover board, and the Alien Abyss boards will eventually be moved here. See those forums for descriptions. 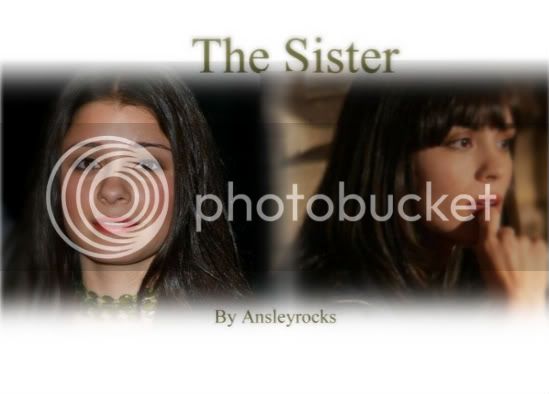 Disclaimer: I do not own Roswell or Moonlight so please do not sue.

Summary: a surprise visitor to Roswell has the aliens and humans alike reassessing their relationships with Liz and wondering just how well they really know her.

Added Note: Takes place in Roswell after Wipeout and in Moonlight it takes place right before The Ringer.

Maria sighed as she finally saw the last customer leave the café for the night. Looking over to the table where her friends sat she could not help but feel sad that Liz was not sitting with them heck it was rare that Liz spoke to her as of late. She could feel Liz pulling away from them and it was all because she felt she had some greater purpose and that Max and Tess needed to be together. The aliens were rude to Liz so Liz tended to stay away.

“Hey Ria can we get another round of cherry Coke’s please?” Alex asked sneaking a sly look at Isabel who was in a heated whisper match with Michael.

“Sure.” She grumbled moving to fill the order when the bell over the door rang. She heard Isabel and Michael stop talking and the friends all stared at the small dark haired beauty standing in the café hugging herself.

“Hi welcome to the CrashDown I am Maria will you be eating tonight?” Maria asked doing her job hoping her friends would stop staring at the poor girl in front of her.

“Ah no thank you I am actually looking for someone.” The woman said giving Maria a small but familiar smile.

Max stared hard at the woman not able to shake the feeling that he had seen her somewhere before. She had short dark brown hair that brushed her slender shoulders and golden olive skin that accented her large brown eyes.

“Alright who?” Maria asked not sure why she suddenly felt defensive but something about the woman in front of her had her on edge.

“Elizabeth Parker. I need to speak with Elizabeth it is urgent. Can you please tell her that Morgan is looking for her?” The woman asked giving Maria a cold smile so different from her previously warm demeanor.

“Liz is upstairs I will go and get her.” Kyle said not seeing the panicked looks on his friends faces. Moments later the back door opened and Kyle came out followed by a confused Liz.

“Who is looking for me?” Liz asked.

“Some girl named Morgan.” Kyle said going to sit back in the booth watching as Liz’s eyes finally landed on the girl. “Holy crap.” Kyle whispered suddenly as Maria backed into the booth, everyone staring at Liz and Morgan who were taking each other in.

“That is why she seemed so familiar.” Tess hummed.

“Liz and that Morgan girl could practically be twins.” Isabel hissed as Liz moved closer to Morgan.

“What are you doing here?” Liz asked her voice shockingly cold as she addressed the woman in front of her. It was apparent to the others that Liz did know the girl raising their suspicions more.

“I need your help Élise please.” Morgan begged her eyes darting to the booth where Liz’s friends sat in rapt awe. Liz glanced at them as well before grabbing Morgan’s wrist and dragging her into the back room where no one would overhear them. The group shared a look before bolting to the back room door where they all took a spot to listen in on their conversation.

“Cut the crap Coraline I know it is you but what I do not know is why you are human.” Liz snarled her brown eyes slipping into their sparkling crystal blue as her delicate fangs taunted the girl in front of her.

“Liz…I need help I have done something terrible and stupid and now I am afraid that Lance and our other brothers are going to come after me.” Coraline cried.

“You didn’t.” Liz spat her blue eyes raging with anger.

“I had to Liz please I need to win Mick back and being human is the only way to do so.” Coraline sobbed screaming when Liz’s hand wrapped around her neck slamming her against the wall, neither of them seeing the back window where two faces were watching in horror.

“You are a fool little sister you were then and you are now. Why he decided to turn you still eludes me.” Liz snarled as she dropped her sister on the ground before wiping her hand on her dark jeans.

“You stole the damn compound Coraline that is punishable by death and so help me if you do what I think you are going to do I will not bail you out again.” Liz snarled before her eyes returned to their human brown. “Coraline why do you continue to go after him?” Liz asked in a pained whisper as she slid to the floor allowing her cowering sister to crawl into her lap as she cried.

“I love him Liz I love him so much but he thinks I am a monster and that I am so terrible for turning him into a monster like us.” Coraline cried hugging Liz tightly to her.

“Ma petite soeur. How things have not changed for you. If he could not accept you for who you truly are the good and the bad, then he is not the love for you. You are a special fille Coraline and it is obvious this Mick does not see that.” Liz said lacing her words with her French accent as she stroked her sister’s head.

“I need to go back and make things right at least. Please Liz I need you to help me.” Coraline whispered.

“Alright soeur I will help you, what do you need?” Liz asked knowing she was going to regret asking her sister that.

“I need you to keep our brothers away from LA for a while until I can sort things out with Mick. They are hunting me and I do not want them to find me.” Coraline sobbed. Liz closed her eyes and took in a deep unneeded breath.

“Alright fine I will see what I can do.” Liz whispered.

“Thank you.” Coraline said getting up off her sister and off the floor as Liz stood with unnatural grace.

“Now go and I will cover for you but make sure you let me know you are alright. If I do not hear from you for…three months I am sending Lance to go and get you.” Liz said and Coraline nodded.

“Thank you Elise thank you so much.” Coraline said hugging Liz tightly to her.

“You are welcome. You do know that almost no one in our world knows that you even have a sister right?” Liz asked with a small laugh.

“I know which is why I thought it was safe to come and talk to you.” Coraline said backing towards the door as the Roswell group raced to sit down.

“Et vous ma grande soeur être sûr.” Corlaine whispered before leaving the café. Liz let out a shaky sigh before she pulled out her cell phone dialing an old friend.

“Josef it is Elise. Coraline just stopped by she is headed to your city to win Mick back.” Liz said smiling when she heard the man on the line growl in frustration. “Listen Josef there are a few things you need to know about Coraline. Josef she is human.” Liz said closing her eyes when she heard his roar of anger. “I know but she stole the compound from our brothers and now she is going after Mick. She is going by the name of Morgan. Listen I can only keep her away from Lance for a few months and then he is going to come after her, be careful Josef she is up to something that I am unaware of.” Liz whispered.

“Damn. Thanks for telling me Elise I am sorry that you still have to play keeper for her after all of these years.” Josef sighed. “Be safe Elise and if you are ever in LA look me up.” Josef said before hanging up.

Liz sighed closing her eyes the ball of tension in her stomach never letting up. Sometimes she hated having a little sister.
Last edited by Ansleyrocks on Mon Jul 14, 2008 1:11 pm, edited 3 times in total.
My Fics